In the fourth of a series of articles regarding backing up your organisation’s data and systems we give a few pointers and helpful hints regarding backup options built into windows, and some configuration and media advice.

Most people are unaware of the very functional backup software already built into MS Windows operating systems. It may lack some of the finer configurable features of more commercial backup software packages, but it still holds its own when it comes to backing up and restoring your data.

It is simple to configure and as long as you use a secure external drive or device to store your backups on it can provide a robust backup mechanism for nearly no outlay. You are limited as to the control you have over the finer detail of what you can backup and restore, but for complete backups of a system (useful for “bare metal restores” where the whole sever is restored in one lump) it’s hard to beat for the price. 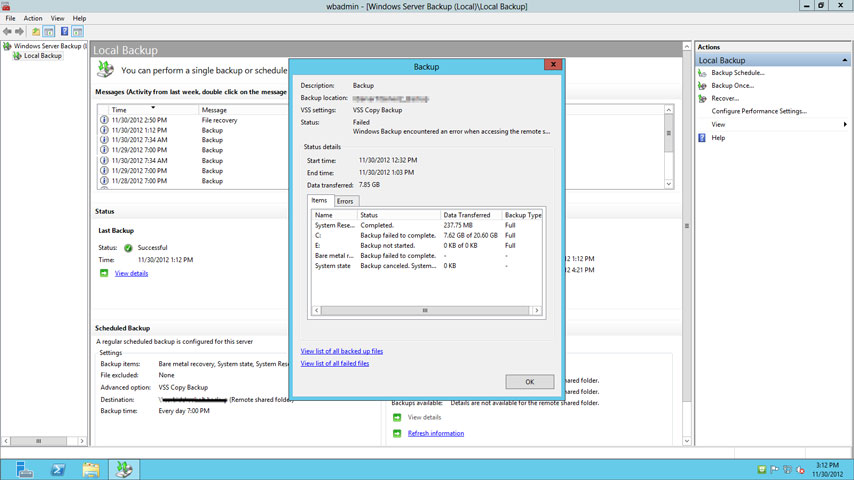 Windows built-in backup opion is limited, but reliable - and free.

For simple file backups it works very well, and can be scheduled and administered from a simple user interface. As your needs grow you will most likely want to migrate to a more fully featured backup solution but for those on a budget ensuring you have some backup routine, even using free software, is better than none.

If you have a Microsoft windows-based server setup, you should consider implementing a feature called “Shadow Volume Copy” on your file servers. Its free, and built into all modern versions of the server products they sell. There are also equivalents on other mainstream operating systems/NAS devices etc, and all work roughly the same way - once configured, the system takes snapshots at predefined intervals of your file system and stores any changes it sees, allowing you to roll back a folder or file to a previous state should you wish to undo any changes or replace an accidentally deleted file.

The only cost is you need to give over some space to store this log of changes to your files - the larger the file store or the longer you want to keep changes for, the more space you need to give over to the system. After a certain amount of time the changes to the file are lost, leaving you with a finite window from which to revert to previous version of files or folders. It’s not perfect but for quick and easy restoration of accidentally moved or deleted files it can’t be beaten, as long as you notice the problem quickly enough.

Shadow Volume Copy provides an easy-to-configure and very useful function, however is not a true backup.

This shouldn't be considered a replacement for a good backup system rather a very useful addition to any backup routine that can give end users some control over restoring their own files. It also only works over a finite time horizon as well - you only get to take so many snapshots, so you need to decide between frequency and longevity.

You also want to make sure its careless use doesn’t result in many copies of duplicated and redundant data clogging up your servers.

Which do I use – full, incremental or differential backups?

When setting up your backup routine you are usually presented with the choice of how to manage the volume of data you need to store. Modern organisations tend to accumulate vast amounts of files, data and emails so copying everything every single time you run your backups usually isn’t an option – even if you could afford to purchase all of the tapes, disk drives, cartridges or whatever media you use chances are that one backup job wouldn’t have finished before the next one starts. You need to be judicious about what to backup, and when, and still manage to maintain the level of restoration cover you require.
The following points refer only to the end user data, and not backups of the operating system files which is a much more complicated proposition depending on whether you servers are real, virtual or you are using one of the many available cloud services.

The main options you will be presented are:

Which to choose depends on what you are backing up, and how much of it you have. Good quality backup software will allow you to tailor your backups to mix and match these to allow you to deliver the level of cover you require while still ensuring backups complete quickly and efficiently. 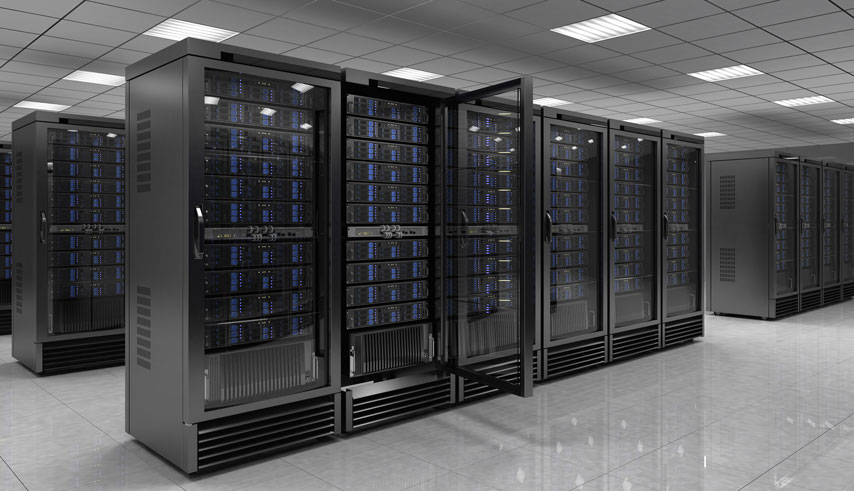 Why no mention of incremental backups?

Never use them. Unless the amount of data to be backed up is vast, or you simply can’t afford any other option, then we strongly discourage them. They depend on having more tapes/disks etc. available to restore data, and depending on the window between the full backup and the latest incremental backup there could be many, leading to a more complicated restore process with a higher potential for mishap.

One common backup technique is the 3-2-1 backup strategy. Using this strategy, you do the following:

One way to achieve a 3-2-1 Windows backup and restore strategy is to leverage both the cloud and external hard disks at the same time. Another is to rotate your media, explained below.

An extension of this is the 3-2-1-0 rule, whereby backups are verified once they complete, and test restores carried out regularly, to ensure there are zero errors with your backups.

Alternately using more than one set of tapes or disks, or whichever media that you use, ensures that in the event of their failure you still have at least one other set of backups you can rely upon. Ideally you would utilise two or more pairs of complete backup sets; two or more full backup media with their corresponding sets of alternate differential media, used week-on and week-off. Having more than this is better. Media will last longer, and you have the side benefit of having a temporary snapshot of the previous weeks (or more) worth of data.

This strategy allows you to keep backups of your data on more than one external set of media and to then move these between different locations so that your backups are not stored in a single site. In addition, rotating media facilitates backups on multiple devices. In this way, you can achieve a 3-2-1 strategy without using the cloud.

Windows’ native backup and restore tools were not designed for backing up to rotating media, but third-party backup systems provide this functionality.

When backing up to removable media, whether it be tape or disk drive, ensure that after the manufacturers recommended lifespan has been exceeded that you either archive or securely destroy the media (but not before ensuring that you have a fully working and backed-up replacement in use!). You don’t want to find out the hard way that the item in question has developed a fault that prevents you restoring your data, just when you need to.

Once you are sensibly rotating your backup media, a good idea which also helps you meet your compliance obligations as to retaining a long-term copy of your data is to, at monthly intervals, take a full backup set out of the rotation and remove it from use and store it secure offsite for archival purposes. Don’t forget to update your backup software with this change.

A simple backup regime doesn’t have to be expensive if your needs are modest. There are further concepts to explore when setting out your backup routines; grandfather/father/son schemes, volume sets, expiration policies, encryption etc. however you must ensure the foundation of your backup regime is solid first. Applying some common sense and good practice to the configuration of your backups and management of your media with pay dividends in the long term.